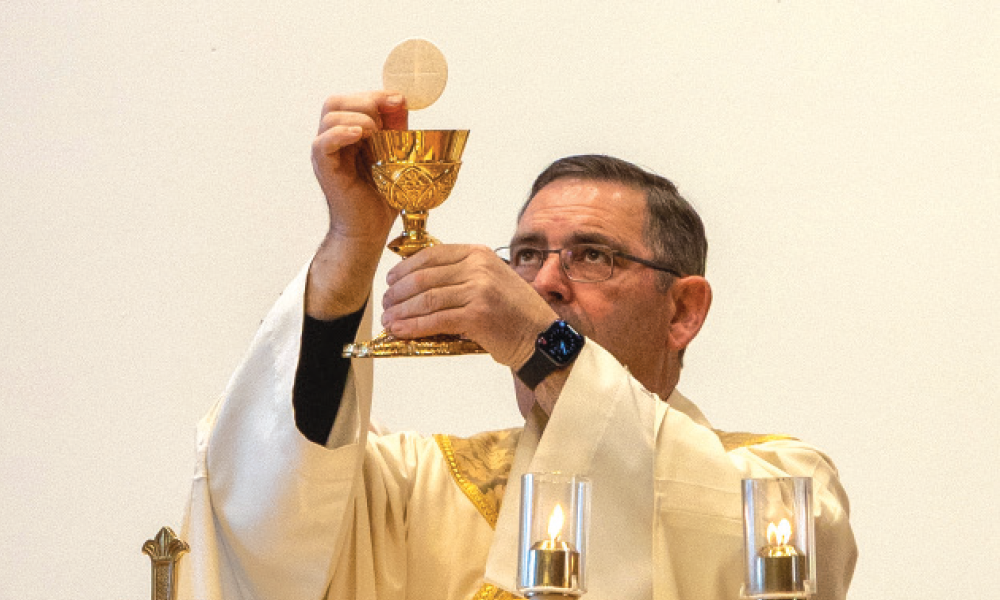 God Comes to Dwell Among Us in the Eucharist

The National Eucharistic Revival is a movement to restore understanding and devotion to the Real Presence of Jesus Christ in the Eucharist. The movement, which was initiated by the U.S. Conference of Catholic Bishops, began last June and will continue through 2025.

In the Eucharist, God makes physical contact with his people, Father Misko said. “God comes to dwell among us.”

“The Eucharist is the moment where God who created all that is says, ‘I love you so much, I think so highly of you that I actually want to place myself into your hands.’ So when we come up for Holy Communion, we are receiving the God of history physically into our hands and that is what we call the Real Presence of Christ in the Eucharist.”

Father Misko recommends the book God is Near Us by Pope Emeritus Benedict XVI for those who want to learn more about the beauty of the Eucharist.

Do you have a powerful moment or experience to share with Bishop Vásquez and your brothers and sisters in the Diocese of Austin? Visit www.austindiocese.org/eucharistic-revival to share your story.