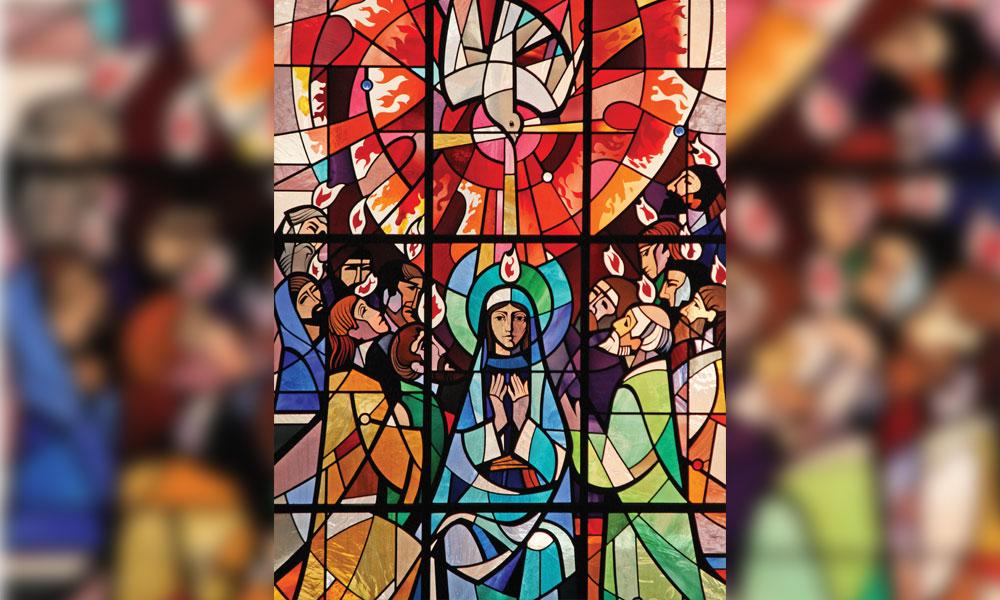 The Feasts of Summer

Many of us look forward to celebrating milestones or gathering with family during the summer months. These are times when we feast together, or perhaps observe with meaningful rituals the anniversary of the passing of a loved one.

The Catholic Church observes feasts in our liturgical calendar which are celebrations as well. We effectively use the word “feast” in a general sense to mean any level of celebration, but it also has a very specific place in the hierarchy of Church celebrations: solemnities, then feasts, then memorials (which are themselves separated into obligatory and optional). Each day’s category and importance are reflected in the elements of the Mass – what is included and what is not. (For example, a solemnity is celebrated like a Sunday Mass: three readings, universal prayers, the Creed and the Gloria.) After the Solemnity of Pentecost, the Church celebrates five more solemnities in the month of June. These holy days celebrate the most important mysteries of our faith.

With summer soon upon us, here is a short refresher on the meaning of these special days and how they can help us grow closer to Christ.

Pentecost can be summed up with three simple words: “Come, Holy Spirit.” We hear the account from Acts of the Apostles of the Holy Spirit descending upon Mary and the disciples: “There appeared to them tongues as of fire, which parted and came to rest on each of them. And they were all filled with the holy Spirit and began to speak in different tongues, as the Spirit enabled them to proclaim.” (2:3-4)

Pentecost is celebrated 50 days after Easter, marking the end of the Easter season. Priests wear red vestments signifying the Holy Spirit, and many encourage the congregation to do the same.

Pentecost also marks the beginning, or birthday, of the Church. Pentecost completes Christ’s paschal mystery, and it is “on that day [that] the Holy Trinity is fully revealed … By his coming, which never ceases, the Holy Spirit causes the world to enter into the ‘last days,’ the time of the Church, the Kingdom already inherited though not yet consummated.” (CCC 732)

Prayer: “Come Holy Spirit, fill the hearts of your faithful and kindle in them the fire of your love.”

The Church marks the beginning of Ordinary Time after the Easter season by reflecting on the extraordinary mystery of the Triune God: Father, Son and Holy Spirit.

In an Angelus address in 2016, Pope Francis said the mystery of the Trinity “also speaks to us of ourselves, of our relationship with the Father, the Son and the Holy Spirit. In fact, through baptism, the Holy Spirit has placed us in the heart and the very life of God, who is a communion of love.” (May 22)

Marking the feast on Twitter in 2019, Pope Francis wrote, “The mystery of the Most Holy Trinity tells us that we do not have a solitary God up there in heaven, far away; no, He is the Father who gave us his Son, who became man like us, and who sends his own Spirit to be even closer to us.” (June 16)

The feast has been celebrated since the early 10th century; in 1334 Pope John XXII approved it for the entire Church.

Reflection: We are created in the image and likeness of a God of communion. How can we bring love and compassion to our relationships within our families, friendships, faith communities, workplaces and everyday encounters?

On this day we celebrate Christ’s real presence in the Eucharist. While some countries observe it on the Thursday after the solemnity of the Most Holy Trinity, it is celebrated on Sunday in the United States. Many churches and dioceses throughout the world hold Eucharistic processions in celebration.

The feast originated in the 13th century when St. Julianna, a Belgian nun devoted to the Eucharist, shared her dream of a feast day dedicated to the body and blood of Christ. In 1264, Pope Urban IV instituted the feast for the entire Church.

In a homily on the feast day in 2001, St. John Paul II said, “On this feast the People of God draw close to the most precious treasure left by Christ, the Sacrament of his own Presence, and they praise, celebrate and carry it in procession through the streets of our cities.” (June 14)

June 23 – Solemnity, The Nativity of St. John the Baptist:

This feast celebrates the birth of John the Baptist, the last and greatest of the prophets. Born to Zechariah and Mary’s cousin, Elizabeth, he prepared the Jews for the coming of Christ.

It did not matter that Elizabeth had no children and was well beyond child-bearing years. As the angel told Zechariah, “Your wife Elizabeth will bear you a son, and you shall name him John. And you will have joy and gladness, and many will rejoice at his birth, for he will be great in the sight of [the] Lord.” (Lk 1:13-15)

The solemnity is among the oldest in the Church, established at the Council of Agde in 506. While the Church celebrates many feast days to commemorate the death of saints, only John the Baptist and Mary have feast days that mark their births.

Reflection: How can we humbly bear witness to Jesus? Reflect on the words of John the Baptist in John’s Gospel: “He must increase; I must decrease.” (Jn 3:30)

June 24 – Solemnity, The Most Sacred Heart of Jesus:

This day marks a centuries-old devotion to the heart of Jesus, which symbolizes God’s love and compassion for humanity. It is celebrated 19 days after Pentecost, on the Friday after Corpus Christi.

The devotion to the Sacred Heart was made popular by St. Margaret Mary Alacoque, a French nun, based on her apparitions of Jesus between 1673-75. It was not until nearly two centuries later that the popular private devotion became an official solemnity. In 1856, Pope Pius IX declared the feast obligatory for the entire Church.

In an Angelus address in 2005, Pope Benedict XVI said, “In biblical language, ‘heart’ indicates the center of the person where his sentiments and intentions dwell. In the Heart of the Redeemer we adore God's love for humanity, his will for universal salvation, his infinite mercy.” (June 5)

This feast marks the martyrdom of Sts. Peter and Paul, described in the Roman Missal as “the principal pillars of the Church founded by Christ.”

St. Paul had persecuted Christians, but experiences a dramatic conversion. After encountering Jesus, he builds up the early Church, and his epistles make up the majority of the New Testament.

Peter the rock and Paul the missionary would both be martyred in Rome: “It is a beautiful testimony to the power of God that these two men, whose faults Scripture does not attempt to hide, are key figures in the story of Jesus and foundational in the development of the Church … Imperfect men, seized by the Word of God and set on fire by the Holy Spirit.” (USCCB 2016)

Reflection: Read the Scriptures for June 29. How do Sts. Peter and Paul challenge us to witness to our faith in our lives today?