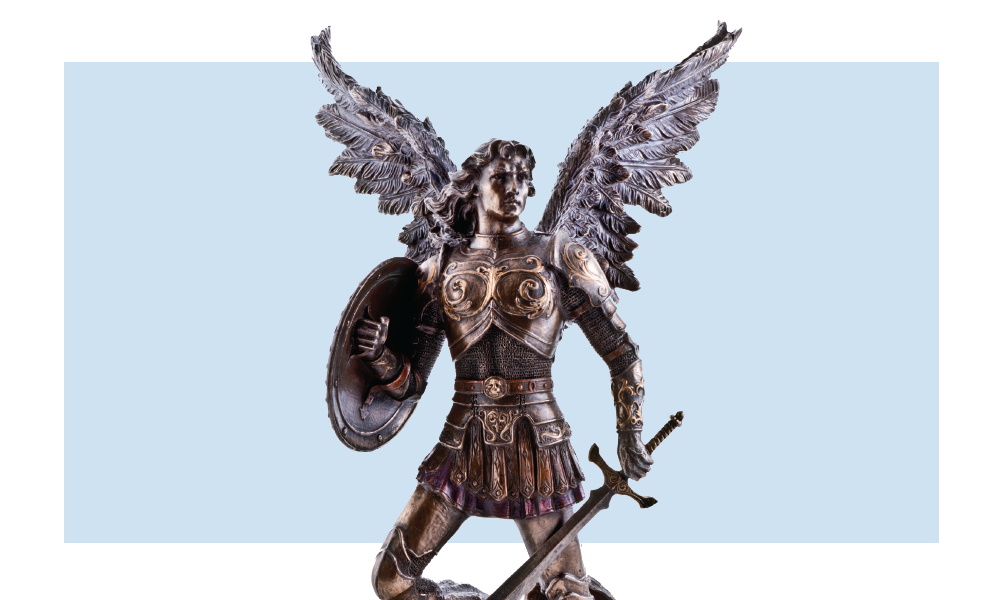 If You Have a Hankering for Roast Goose, Sept. 29 is Your Lucky Day.

This is when the Church celebrates Michaelmas (mi-kuhl-muhs), or the feast of Saints Michael, Gabriel and Raphael. Many traditions mark the day. It’s customary to eat a fattened roast goose, and in Germany, tradition holds that you can foretell the weather from the bones. In the U.K., it’s bad luck to eat or pick blackberries after Sept. 29. In Ireland, whoever finds the ring hidden in the Michaelmas pie will be the next to marry.

On this day, we honor in particular St. Michael the Archangel. As the leader of God’s angels, he defeated Lucifer, who gave into his hubris and sinfully attempted to usurp God. Michael’s victory over Lucifer, also known as Satan, drove him into hell, where he remains.

But the battle is far from over, and evil persists on earth. Every day, Satan tries to tempt us to sin. Clearly, we all could use St. Michael’s help.

As protector of the Church and guardian of souls, St. Michael can intercede on our behalf against the darkness of sin. In fact, Pope Leo XIII, after having a vision in 1884 in which Satan told God he could destroy the Church within a century, penned a prayer to the archangel beseeching his protection.

This prayer was said at all Masses until 1968. In 1994, St. John Paul II encouraged offering this prayer both individually and at Masses again to help thwart the reality of evil.

Knowing the power of prayer, we can pray to honor St. Michael and the Archangels on this day. With children, we can recite the Guardian Angel prayer together and talk about what it means to be protected by God’s love and angels. On our own and after Mass, we can say the St. Michael prayer and dedicate our daily good deeds to combating wickedness in the world, no matter how big or small. We can also show appreciation for law enforcement, members of the military and first responders – anyone who physically protects us just as St. Michael does spiritually. He is their patron saint, after all.

This Michaelmas, let’s remember that we are not helpless against the battles we fight each day. We are shielded by St. Michael and the light of Christ himself. Armed with love, hope and prayer, let us be good standard-bearers for our Lord.

Saint Michael Archangel, defend us in battle, be our protection against the wickedness and snares of the devil; may God rebuke him, we humbly pray; and do thou, O Prince of the heavenly host, by the power of God, cast into hell Satan and all the evil spirits who prowl through the world seeking the ruin of souls. Amen.