Faith in Our World 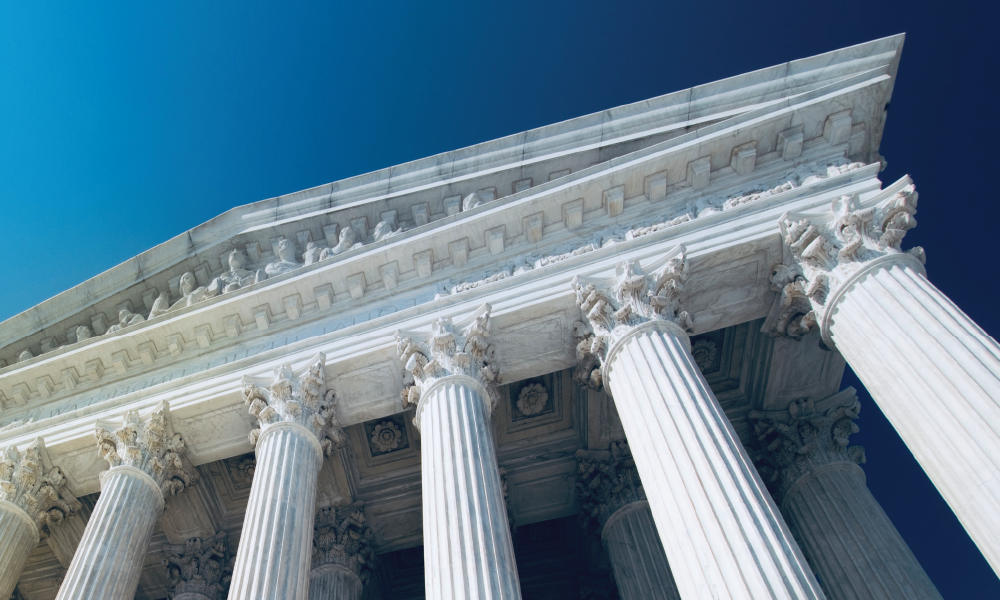 In a 6-3 decision on June 24, the U.S. Supreme Court overturned its nearly 50-year-old decision in Roe v. Wade that legalized abortion in this country.

In 1965, all 50 states had bans in place against abortion, although some 20 states made exceptions to save the life of the mother, in cases of rape or incest or if the fetus was deformed. However, the power to determine the legality of abortion was soon wrested from the states by the Supreme Court. In 1973, the Supreme Court declared most existing state abortion laws unconstitutional in its Roe v. Wade decision. In particular, the court ruled against any legislative interference in the first trimester of pregnancy and limited restrictions that could be applied to abortions in later stages of pregnancy.

The June 24 ruling in Dobbs v Jackson Women’s Health Organization was not totally unexpected due to the leak of an opinion draft a month earlier. The court ruling emphasizes that there is no constitutional right to abortion in the United States.

The Dobbs case focused on Jackson Women’s Health Organization, an abortion clinic in Mississippi that challenged the state’s law banning abortion after 15 weeks of pregnancy.

The court’s reversal of its long-standing abortion ruling brings abortion policy decisions to the state level. At least half of states plan to ban or restrict abortions with this decision in place, and 13 states have trigger laws put in place set to ban abortions right away upon Roe’s reversal.

“This is a historic day in the life of our country, one that stirs our thoughts, emotions and prayers. For nearly fifty years, America has enforced an unjust law that has permitted some to decide whether others can live or die; this policy has resulted in the deaths of tens of millions of preborn children, generations that were denied the right to even be born.

“America was founded on the truth that all men and women are created equal, with God-given rights to life, liberty, and the pursuit of happiness. This truth was grievously denied by the U.S. Supreme Court’s Roe v. Wade ruling, which legalized and normalized the taking of innocent human life. We thank God today that the Court has now overturned this decision. We pray that our elected officials will now enact laws and policies that promote and protect the most vulnerable among us.

“Our first thoughts are with the little ones whose lives have been taken since 1973. We mourn their loss, and we entrust their souls to God, who loved them from before all ages and who will love them for all eternity. Our hearts are also with every woman and man who has suffered grievously from abortion; we pray for their healing, and we pledge our continued compassion and support. As a Church, we need to serve those who face difficult pregnancies and surround them with love.

“Today’s decision is also the fruit of the prayers, sacrifices, and advocacy of countless ordinary Americans from every walk of life. Over these long years, millions of our fellow citizens have worked together peacefully to educate and persuade their neighbors about the injustice of abortion, to offer care and counseling to women, and to work for alternatives to abortion, including adoption, foster care, and public policies that truly support families. We share their joy today and we are grateful to them. Their work for the cause of life reflects all that is good in our democracy, and the pro-life movement deserves to be numbered among the great movements for social change and civil rights in our nation’s history.

“Now is the time to begin the work of building a post-Roe America. It is a time for healing wounds and repairing social divisions; it is a time for reasoned reflection and civil dialogue, and for coming together to build a society and economy that supports marriages and families, and where every woman has the support and resources she needs to bring her child into this world in love.

“As religious leaders, we pledge ourselves to continue our service to God’s great plan of love for the human person, and to work with our fellow citizens to fulfill America’s promise to guarantee the right to life, liberty, and the pursuit of happiness for all people.”

An editorial in the Vatican News and L’Osservatore Romano, the Vatican newspaper, on June 25, said that a truly pro-life celebration of the U.S. Supreme Court decision overturning Roe v. Wade would lead to cooperative efforts to pass legislation protecting life, women’s rights and motherhood.”

Those efforts should include finding ways to protect maternal health and lower the maternal death rate, assist poor women, provide or expand paid family leave and control access to guns in the country, said the piece written by Andrea Tornielli, editorial director at the Vatican Dicastery for Communication.

Throughout his pontificate, the editorial said, Pope Francis has advocated for the protection of all human life, including the life of unborn children, “the most defenseless and innocent among us.”

“Nowadays, efforts are made to deny them their human dignity and to do with them whatever one pleases, taking their lives and passing laws preventing anyone from standing in the way of this,” the pope wrote in The Joy of the Gospel, his 2013 apostolic exhortation, which set out the vision and priorities for this pontificate.

The defense of unborn life “is closely linked to the defense of each and every other human right,” the pope wrote. “It involves the conviction that a human being is always sacred and inviolable, in any situation and at every stage of development.”

Tornielli wrote that “a serious and shared reflection on life and the protection of motherhood would require us to move away from the logic of opposing extremisms and the political polarization that often — unfortunately — accompanies discussion on this issue, preventing true dialogue.”

Being pro-life also means helping pregnant women welcome new life, which requires a response to studies that show that in the United States “about 75% of women who have abortions live in poverty or have low wages.”

Tornielli expressed the hope that the debates following the court decision “will not be reduced to an ideological confrontation, but will prompt all of us — on both sides of the ocean — to reflect on what it means to welcome life, to defend it and to promote it with appropriate legislation.”

Editor’s Note: The October issue of the Catholic Spirit will feature several ministries in the Diocese of Austin that serve mothers and fathers in need.